I remember as a kid I was so excited when something broke in the house, a phone, the TV or the Nintendo. That meant I got to open the thing and look at how it worked. Of course I had to nag my parents for it and they sometimes questioned if I was the one who broke it in the first place simply to crack it open. Maybe once… but not more, I swear!

Later on I discovered programming and became fascinated by how easy it was to create things with it. It took me a few years, but I finally got the itch to crack it open and learn how programming languages are made.

Since then, I believe I became a better programmer simply because programming languages are the tools we use, and understanding how your tools work, in any profession, art or science, is the best way to master our craft.

Overview of a language

Here’s a quick overview of how a typical programming language is structured: 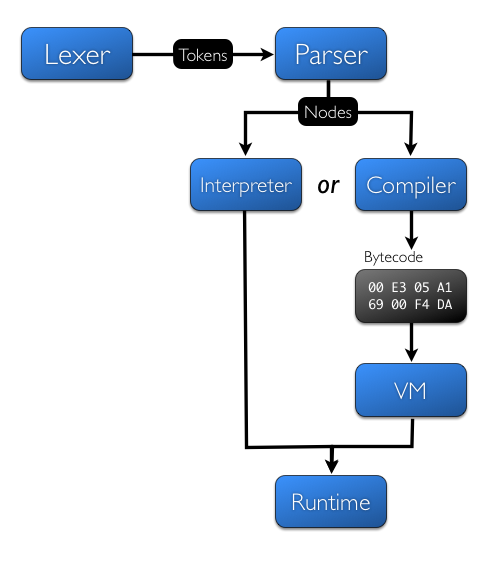 How bytecode is actually executed

Here’s a small excerpt from my new class: The Programming Language Masterclass explaining how an if statement is executed at the bytecode level.

A few notes before you watch:

All of this is properly introduced and explained during the class.

I hope this clears up a few things. Leave a comment and let me know!

Liked that article? Subscribe to my newsletter to know about new products, articles and stuff.